And the award for disservices to music goes to…

Trends in pop music are traditionally very short-lived. Be-Bop, Rock and Roll, Mersey beat, The Mods, Glam Rock and many others had their few years and then slipped into minority interest. In the 1970’s, Disco inexplicably appeared to have achieved world domination, only to become, just a few years later, an embarrassing memory. Punk exploded into pop culture in the late 1970’s like a saviour, promising to sweep away all the self-indulgent dross that preceded it. But by 1981 Becki Bondage, of the band Vice Squad, was already singing, ‘People say that Punk is dead, but we’re still dying.‘ After Punk’s exit from the mainstream, new fads came to the fore, each in turn then fading out and being replaced. There have been revivals – Rockabilly, for instance, was good clean fun. But all of these trends had one thing in common – they didn’t last for very long. 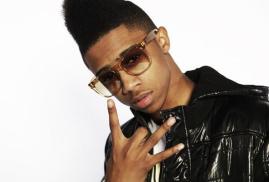 …One of these has a useful purpose.

But just as the firecracker that was Punk was at it’s peak, another musical form was propelled into the mainstream. In New York, a few rough diamonds who couldn’t sing decided they’d try talking over music instead, usually in a rather aggressive manner (perhaps they were angry because they couldn’t sing). The music that they ‘talked to’ was generally crap. Probably because they were embarrassed about this, they knocked the ‘c’ off the front, and Rap was born. Three and a half decades later, it’s still going strong. Why? There have been some truly dreadful trends in pop music, but also a few that were rather good, and which might have been expected to persist. They didn’t, but Rap, which must be a contender for the worst form of popular music in the entire history of popular music, did. Again – why?

I remember Ben Elton, many years ago, doing a sketch on Rap in which he made the point that it’s nothing more than rhythmic boasting. Years later we had Sasha Baron Cohen parodying rappers with his character Ali G, which should have been enough to make any self respecting rapper turn their cap the right way around and start behaving like a normal human being, rather than a retard with attitude. Just what is it that still persuades a white boy from Birmingham to dress like an idiot (trousers with gusset hanging down to their knees, over-sized trainers, etc.) adopt the accent and speech patterns of a three-year-old Jamaican child, and hold their hands like they’ve got the worst case of arthritis you’ve ever seen? As anyone who actually suffers from arthritis will tell you, it most certainly isn’t ‘wicked’. Or maybe those ridiculous and slightly threatening hand gestures actually mean something – a kind of counter-culture sign language. In any case, someone should tell them that it’s rude to point.

Thirty-odd years later, and Rap is still going strong. Young people apparently still think ‘dat it’s like; wikid man, innit?’ And older people too. Liz Kendall, candidate for the Labour Party leadership, who as a teenager was apparently into Wham! (A 1980’s pop combo featuring George Michael and Andrew Ridgeley) now claims she listens to a lot of Rap. In the past, the one thing that would be sure to kill off a musical form would be middle-aged politicians lining up to tell you how much they like it. Politicians will do anything that they think will help them to get power. Even listen to (c)rap music.

It’s not that all of the music is bad (though most of it is). It’s just that having someone talking over the top of music doesn’t generally work. It wouldn’t be so bad if what they were saying (I won’t call it lyrics) was worth hearing. I know there are a few genuine poets, but most Rap (the words) is at best facile, and at worst, homophobic, sexist, and an incitement to crime. The mindless violence of Punk (‘Smash it up, Smash it up!’) seems like harmless fun beside this pernicious, bigoted nonsense. Punk was born to save pop music from it’s apparently inevitable fate. Sadly Punk, just like Jesus, changed nothing, and pop music is now closer than ever to disappearing up it’s own backside. We need a revolution. Or alternatively, we could just let it happen. Wicked!

Graham Wright is a freelance writer and author. His first novel, Single Point Perspective, is set in and around the city of Manchester, where he lived and worked for more than fifteen years. His second, Moojara, is set in and around the world, but mostly centres on Perth, Western Australia. Both are works of dramatic literary fiction - imaginative, serious and thoughtful, but with a sense of humour. Graham is currently living in north Shropshire, where he is busy working on novel number three.
View all posts by literarylad →
This entry was posted in Uncategorized and tagged humour. Bookmark the permalink.