Posted on September 1, 2019 by literarylad

We are the third most intelligent species on the planet [1.] our big brains a miracle of evolution. We’ve developed vaccines to defeat disease, held nature at bay, created incredible machines, landed on the moon, and sent satellites out into space beyond our solar system. But this series of posts, which I’ve entitled ‘Stupid Human’, celebrates human kind’s greatest talent – our infinite capacity for stupidity. 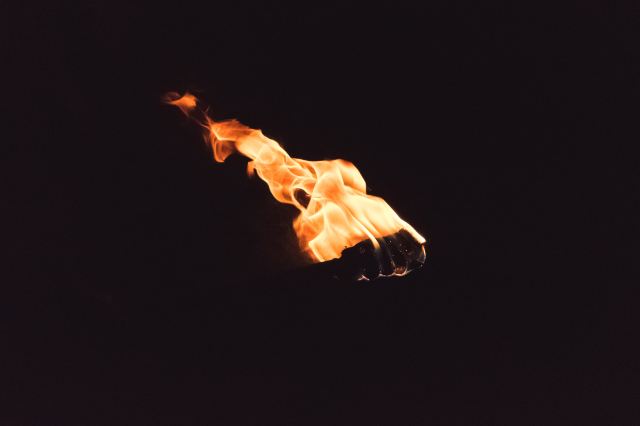 We need plants. If someone tells you they’re more of a city person, that they really do prefer concrete, steel and glass, that they don’t do all that horrible green stuff; don’t believe them. They may think that’s how they feel, but studies have shown we have a profound psychological relationship with, and need for, plants. Without them we could perhaps get by at a psychological level. But physically – no chance. Those of us who are concerned about the environment, and particularly the effect that human activity/stupidity is having on it, have been bleating on for years about CO2, rising temperatures, rising sea levels, acidification of the oceans, etc., etc. Could it be we’ve been missing the point; that the real threat is a little more direct, a bit more simple – oxygen?

We breathe oxygen, and expel carbon dioxide. Plants do the opposite. Without us, there’s more than enough CO2 in the atmosphere to keep plants supplied [2.]. The other way around is a very different story. The only reason planet earth has oxygen in it’s atmosphere in significant levels (i.e. sufficient to support large animals like us) is because we were preceded by plants. Before plants evolved, the atmosphere would have been toxic and could not have supported life such as ours.

The Amazon rainforest has been famously referred to as ‘the lungs of the planet (so famously, I don’t know who said it). It’s been estimated that it produces around twenty percent of the oxygen in our atmosphere. [3.] Burn the Amazon and, quite apart from all the other environmental problems it would cause, we will reduce the oxygen producing capacity of the planet by around a fifth. We could blame an individual, but it took the majority of an entire country of humans to elect a mad-eyed fascist as their president.

Here in the UK we throw our arms up in horror (well, some of us do…), but forget that, before us stupid humans arrived, our tiny island was pretty much entirely forested. Now, we’re down to thirteen percent (ten percent in England) [4.] And the plant loss isn’t just historic. Successive governments boast about planting large numbers of trees, but for the truth, look around you. Around the country, front gardens are being levelled for parking, street trees are being chopped down to save on maintenance costs, ever more green land is being lost to development. New roads in particular, and bonkers projects like HS2 (which stands for Holy Shit 2 – as in ‘Holy Shit, I can’t believe a government could be so stupid as to do that’) are resulting in what remains of our precious ancient forests being destroyed. We can’t in any way claim to be part of the solution.

As the quantity of oxygen producing organisms (i.e. plants) continues to diminish (because of us), how long before we begin to see a thinning of the air we breathe? Could it be that our great grand children/grand children/children won’t meet their demise (thanks to preceding generations) at the hands of rising seas and changing climate – they’ll simply suffocate for want of oxygen?

[1.] After dolphins and mice (according to Douglas Adams in his ‘Hitchhiker’s guide to the Galaxy’)

[2.] Actually, thanks to us there is literally more than enough CO2 in the atmosphere!

Graham Wright is a freelance writer and author. His first novel, Single Point Perspective, is set in and around the city of Manchester, where he lived and worked for more than fifteen years. His second, Moojara, is set in and around the world, but mostly centres on Perth, Western Australia. Both are works of dramatic literary fiction - imaginative, serious and thoughtful, but with a sense of humour. Graham is currently living in north Shropshire, where he is busy working on novel number three.
View all posts by literarylad →
This entry was posted in Environment and tagged Amazon, Brazil, climate change, Environment, fires, Rainforest, Stupid Human. Bookmark the permalink.