The Heart Goes Last is set in an almost contemporary America where the distribution of wealth has become so unequal that large numbers of people are falling out of society. 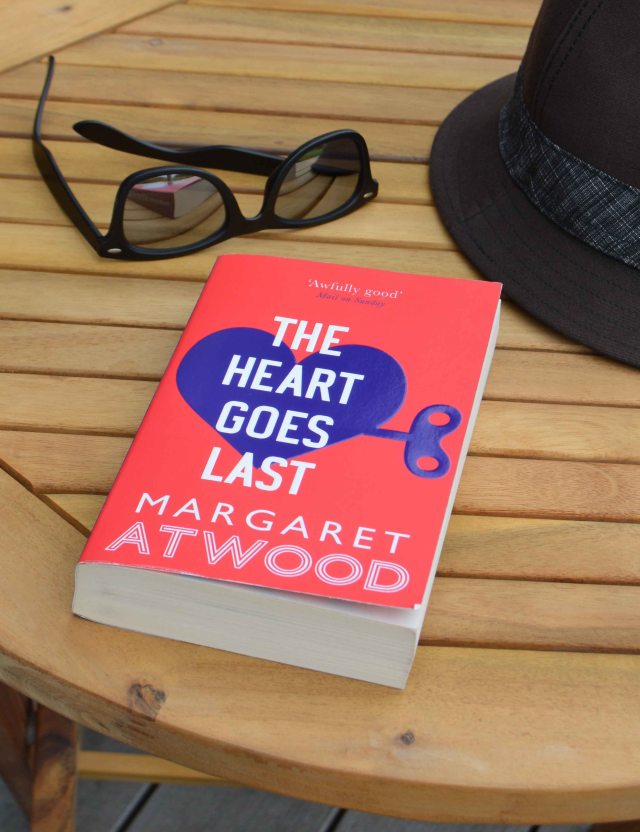 The book follows a couple who, without steady jobs and a home, are living out of their car and at constant threat from thieves, druggies and mad people. They’re trapped in a downward spiral that’s almost certainly going to end badly. So when they see a television advert recruiting people for a newly formed utopian society sealed off from the rest of the world, they ignore the rumours and sign up, believing that it can’t be any worse than the life they are living. After a promising start, of course things begin to go bad.
The position this couple start from is one that sadly isn’t so different to the situation large numbers of Americans find themselves in today, and if the author is making a political point, it’s one that needs to be made. The extreme solution to society’s problems that the couple later find themselves part of will hopefully remain entirely fictional, but you never know – if things continue to go downhill something similar could happen in real life (whatever that is!)

The world Atwood describes is depressing, threatening and dangerous, but the book is surprisingly humorous and light-hearted. I would describe it as a surreal romp through a dystopian society. I particularly liked the sections set in a Las Vegas populated by Elvis and Marilyn impersonators – Atwood’s creation of an ‘Elvisorium’ is pure genius.

Despite not having much time to read (a continuing theme in my life) I got through this book quite quickly, which indicates how much it drew me in. Mrs Literary Lad, who read it before me, found it less appealing. I think she struggled to suspend her disbelief, because so much of what happens is so outrageously far fetched. I can appreciate this, but I think the outrageous bits appealed more to my sense of the absurd. And I read a lot of science fiction as a teenager, which probably made me a little more open to strange, impossible (or at least, highly unlikely) things in fiction. Call me a romantic, but I’m no means averse to a bit of fantasy in books, films and plays. Or even in life sometimes.

Graham Wright is a freelance writer and author. His first novel, Single Point Perspective, is set in and around the city of Manchester, where he lived and worked for more than fifteen years. His second, Moojara, is set in and around the world, but mostly centres on Perth, Western Australia. Both are works of dramatic literary fiction - imaginative, serious and thoughtful, but with a sense of humour. Graham is currently living in north Shropshire, where he is busy working on novel number three.
View all posts by literarylad →
This entry was posted in reviews, Writing and tagged Atwood, Books, fiction, reading, reviews. Bookmark the permalink.