A missing girl. A misplaced sense of belonging. A dream life in a beach-side suburb on the other side of the world. An improbable, disturbing relationship between two incongruous people. And time, for one of them, is running out.

More than anything else, Moojara is an exploration of whether it’s possible to swap the life you have for the life you want.

Available from all good bookshops, or direct from the publisher at Strelitzia Publishing 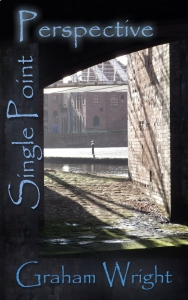 Set in Manchester and chronicling six critical months in the life of its main character Alex, a  thirty-five year old Graphic Designer, ‘Single Point Perspective’ is the study of a man struggling to come to terms with his life. Alex’s re-discovered talent for drawing allows him some respite from his problems, but events at work and in his relationships bring him back to the uncomfortable realities of his situation. As the psychological effects build, driving the story to a conclusion, Alex gradually begins to see that his view
of the world has been as two-dimensional as the drawings in his sketchbook.