A scent of success?

Posted on February 3, 2014 by literarylad

I sent sample chapters of my novel to quite a few publishers last year, without any success, or so I had thought. But then, last week, I had a request from one of them for the full manuscript. I knew not to get too exited; that this was no guarantee that they would offer to publish the book and, sure enough, a few days later I received a message saying that although they liked the book they didn’t think it was right for them. Despite the eventual rejection, it made me feel quite positive. I had a few days of hope. It also focussed my mind on what I might need to do next, once I have found a publisher – what they will expect of me and how I might live up to those expectations. And it gave me renewed confidence in my writing. This was the first feedback I’ve received from a publisher and it was very positive, both about the narrative and the characters.

So, no publishing contract just yet, but I’m going to renew my efforts to get one. 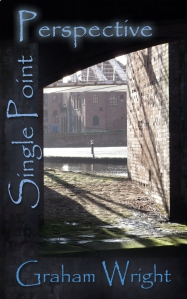 Graham Wright is a freelance writer and author. His first novel, Single Point Perspective, is set in and around the city of Manchester, where he lived and worked for more than fifteen years. His second, Moojara, is set in and around the world, but mostly centres on Perth, Western Australia. Both are works of dramatic literary fiction - imaginative, serious and thoughtful, but with a sense of humour. Graham is currently living in north Shropshire, where he is busy working on novel number three.
View all posts by literarylad →
This entry was posted in Writing and tagged writing. Bookmark the permalink.

2 Responses to A scent of success?